I have been wanting to write this post since I booked the holiday as I could already tell that the scenery and the experience would be worth writing about. I’m choosing to write this over three posts as we were there for three days and we covered most of the city throughout our stay. I have had Amsterdam planned and booked since January as it was a birthday present from myself to Ollie! How exciting !!!!!!!!

So, our holiday was only a weekend and we arrived around 6pm on the Thursday 25th May. By the time we got out of the airport and dropped our luggage off in the room, it was nearly 8pm. We planned anyway to look around the local area in the evening instead of getting completely lost the next morning. We stayed at Max Brown Hotel and it was so modern and right by three attractions – Van Gogh Museum, Rijksmuseum and I Amsterdam sign. 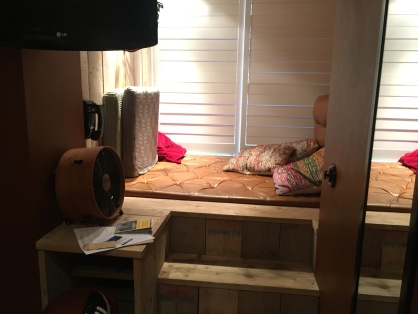 Bright and early on the Friday morning, we headed to Rijksmuseum which we had already pre-booked before we left. We looked round the whole of the museum within an hour considering there was so much to see from the 1700s to the 20th century. Not only was the art so detailed and amazing but the exterior of the museum itself (and the rest of the buildings surrounding it) were outstanding and so modern. You could easily get lost in the city.

Afterwards we walked alongside the Singelgracht canal near the museum and started to head towards the Heineken Experience although we didn’t go in (well, not today anyway). We walked to get the 24 tram which took us to Dam Square although we wanted to go to Central but was only one stop difference. We walked round the shops and came across so many ice cream and churro places – it was a chocolate heavennnnn! While booking some more attractions for the day, we stopped off at Mcdonalds for a quick lunch (very Dutch) and a little ‘coffee shop’ which still amazes me how they are so open and inviting. 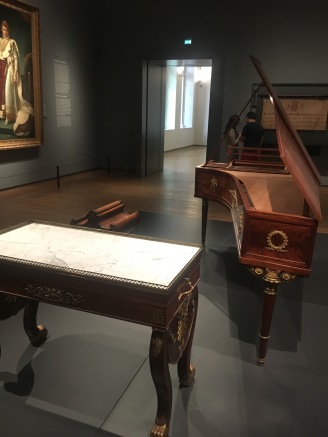 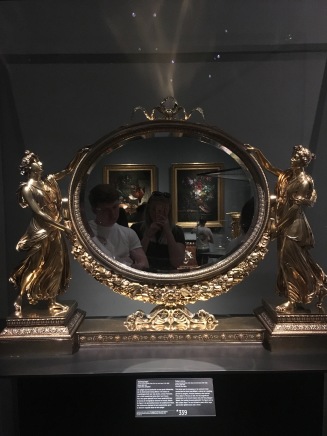 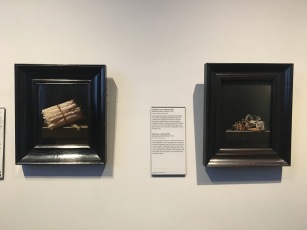 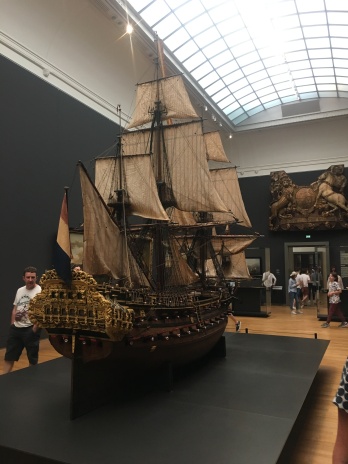 Our next attraction was Body Worlds which we were undecided to go in but considering it was still early in the day but we went in anyway. To sum up, it is a museum with body parts donated by people as requested for after they pass away. Even though some of the parts looked fake, it was still weird to think that that was someone’s actual parts before. But yeah, with five floors dedicated to different parts such as health, mood and sex, it was eye opening to even see a chopped up penis and how each body part was constructed. It is a good experience because you learn scientific  facts without realising and is just fascinating to read and look at. 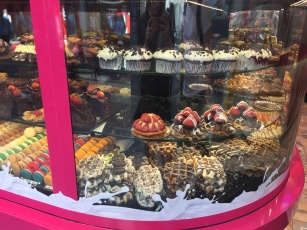 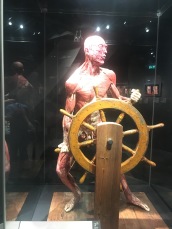 Afterwards, we walked to the Central station and then headed towards Anne Franks House. Unfortunately, we didn’t go in because you need to book at least three months in advance because it gets sooo busy. We went there to sit by the canals and to say that we seen her house but when we got there they had already ‘modernised’ the outside so it looked like any other building surrounding it. The queue was unbelievable. As we got past the last canal to get there, we stopped and the queue was forming from there. The walk to her actual house from the canal was three minutes and it was standstill waiting and we wouldn’t have waited all that time just to be rushed so we thought it would be better to leave it.

Our last destination was taking a slow walk back to Dam Square to catch our 5 tram. We stopped off at the Bulldog to grab a pint before heading home but not before we stopped at every canal to also take a million photos of the same picture to find the ‘right canal instragram worthy picture’.

Our night consisted of staying at Leidseplein for the evening doing about 30 shots and somehow ending up in a club. And of course who can forget having drunken Burger king chips and chocolate covered churros.