This is abit of a random-ish post as you probably never saw it coming, lmao. Doctor Who. Yes, we were that sad to go see the experience in Cardiff last weekend before it shuts down (not as sad as me though – it was my second time seeing the exhibition!)

Bit of background yeah? I’ve always been a fan of the show throughout my childhood, collecting all the merchandise such as the Tardis and even the sonic screwdriver and sonic paper, but over the last six months trying to find a new Netflix series me and Ollie decided to start watching the show starting with Christopher Eccleston. We were both hooked and still haven’t finished the episodes with Matt Smith yet; but we thought we MUST go as we share so much laughs and inside jokes with the show and characters before it closes.

Although this might not be a makeup or travel post, I still thought it would be a funny post and one of the funniest memories together.

As I have been here when I was a lot younger with my family I thought it would be roughly the same guide but it has changed a lot. Firstly we went through a walk-through through Gallafrey before coming to the tour of how it all began and some of the scripts and music set ups of how it al started.

Then we went through some of the insides of the Tardis and seen some replicas of the Tardis’ with a cute lil K9 outside one of them. It was soo cool to walk around the 10th Doctors Tardis (my fave Doctor – I mean who’s isn’t??) even though it might not be the real one it felt lifelike that it would be that size lmao what am I chatting ??!?! 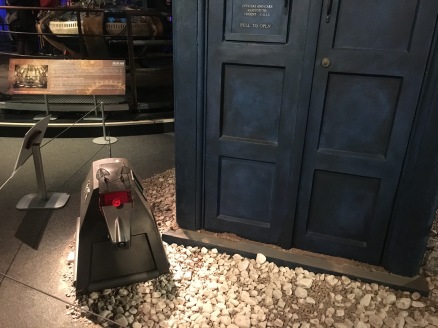 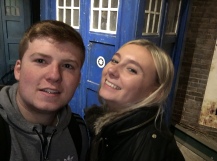 Upstairs were the characters/monsters and some OG costumes of some of the cast such as Matt Smith’s outfit. Here lied all the Cybermen and Daleks as well as the old and new characters such as the Ood, Scarecrow and Angels. As well as them, showed the rank of Doctors with their famous outfits and companions outfits too. Of course, I touched David Tennant’s suit as why not? Walking through the next bit was dedicated to the 12th Doctors series in which we haven’t seen so we scammed through it as we didn’t want much spoilers.

And then.. that was it. Experience done. Yep, we were disappointed too. Gift shop then done like how???? We thought it would have been better if the dedicated a floor with either one or two Doctors with their outfits, companions and basic highlights of their series as it seemed a it rushed. Therefore, we could also go into depth about each Doctor without it being necessarily rushed. They might not have the money or the quantity from each series but it would have made the experience better in our eyes.

And that was our day in Cardiff. Rushing straight home to continue the series and the many more to come after! 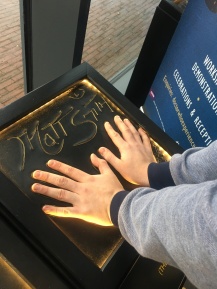 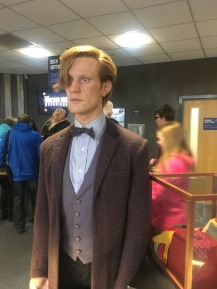